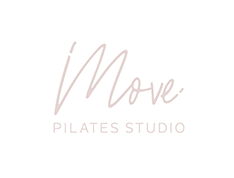 Puh-la-teeez – what’s all the fuss about?

A lot of people’s minds jump straight to breathing. Picture lying down on a comfy mat and Zenning out for an hour. Leaving class sans sweat, drinking herbal tea and looking fabulous like Miranda Kerr.

The harsh reality: sweat and a sore bum! You will however find control, strength, endurance… and muscles you didn’t even know existed!

Pilates exercises are purposefully based around muscle isolation and endurance. Working several muscle groups at once until they feel they don’t have much more to give… and then stretching them. The concept of strengthening one muscle whilst stretching another at the same time I find very cool.

To those of you that are puzzled as to what Pilates is – let me briefly catch you up. Joseph Pilates founded his Contrology Pilates studios in the late 1920’s in the USA. Initially it was popular through the dance community aiding with their flexibility and rehabilitation. This soon extended to the general public with the benefits widespread. Joseph’s unique method of mind and body conditioning was based around principles of mind-body awareness, core strength, flexibility and balance; as well as improved posture. Famously quoted, Joseph believed his method of Pilates was 50 years ahead of its time – he was correct. Australia was a little late on the memo with Pilates exploding onto our scene in the mid 2000’s and has now become a staple form of exercise in many homes.

My journey with Pilates has led to an unexpected change in my ‘life plan’ – if I ever had such a thing. In my early 20’s I went to Uni and studied a Bachelor in Oral Health. I loved teeth and children, so for me it was a no brainer. In my final year of study I suffered a sore neck and shoulder. Initially I put this down to the exercise I was doing at the time. I stopped the weights classes and just assumed it would get better. When it didn’t, six months down the track, I started investigating. Appointments with a doctor, physio and shoulder surgeon came up with donuts as to where my pain was coming from. Possibly just my head? It was at this point it dawned on me – maybe my body was just weak. I was lean but it had never occurred to me before that maybe my body was not ‘strong’.

Attending Pilates classes gave me a long overdue education in body awareness. Learning the corrections to my posture in class was great, however it was outside in my daily life where my biggest benefits came from. Stronger core, stretched & strengthened shoulders, mini-abs (short lived) and an improved mind-body connection allowed for stronger and fluid movement in my daily life.

This improvement prompted me to do my Pilates instructor training. Two weeks into an eight month course, I discovered I was pregnant with my son. I was elated for my young family but not for my prospective Pilates career. After speaking to my doctor and teachers I learnt that not only was it safe to continue, but that Pilates was a highly recommended form of exercise in pregnancy. I decided to continue with the mindset that I would get through for as long as my body would allow – honestly one of the greatest decisions I have ever made.

Pilates benefited my pregnancy in so many ways. Unexpectedly, the general aches and pains of growing a babe become a lot more bearable. The increase in core strength was also welcome preparation for balancing a watermelon on top of my bladder for ten months. #fitspo? Probably not, but I felt great. Regular practice during the nine months taught me so much about what my body is capable of. I became in control of it, rather than at its mercy, and for me that was powerful.

The unexpected change was the mental health benefits both pre and post-natal. During the course, my daughter was one year old – a beautiful but testing time. I found this outlet as ‘my time’ to wind down and concentrate on my health, my mind and my body – not my sassy toddler for once! It may sound selfish, and to me it felt very selfish at times, but the health and mental benefits to my family and me have come back tenfold since then.

Fast-track 18 months, I now have a two-and-a-half year old, a nine month old and a Pilates studio that is about to turn one! A slight deviation from my dentistry career!!

The philosophy of my Pilates studio is a simple one. You will leave feeling better than you did coming in. Period.

My first year of teaching taught me that this philosophy resonates differently with people. Perhaps for you a sense of ‘feeling better’ means working your muscles until you shake, or just stretching, or simply getting an hour to yourself! Either way, it is going to be ALL about you.  I have learnt that no matter your fitness level; Pilates CAN be adapted to your workout routine. With exercises for beginners through to athletes, find an instructor that can help you find your ‘sweet spot’.

So, if any of this strikes a chord within, I urge you to go and find a class. Whether it’s a classic mat class or a fast-paced group reformer class, I guarantee you WILL find that post-Pilates euphoric feeling; and it will keep you going back for more.

At Move Pilates your health and wellbeing is our top priority. Yes we are open, please make note of our

Trial our
Move from Home
membership for just $14.